What to Consider When Choosing a New Shower 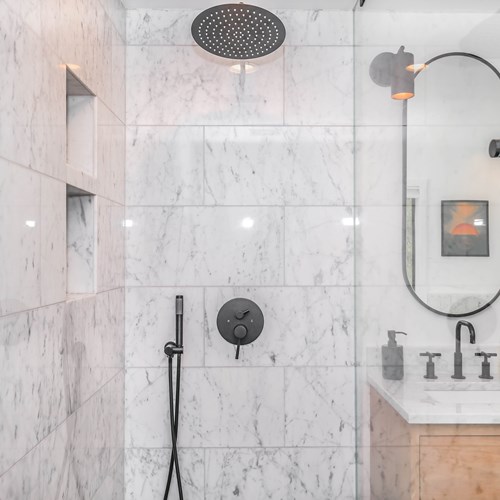 Whether it’s a quick freshen up after the gym, or an icy blast to wake you up in the morning, you’ll soon discover after reading our guide that there are some important factors to consider when choosing the shower of your dreams.

Size and layout of your bathroom

It’s a good idea to think about the current layout of your bathroom and if you want it to stay the same or want to change it.

Changing the configuration of your bathroom and moving your shower will need careful planning. You’ll need to consider if the existing pipework has to be redirected, how easy that will be and the costs involved to do so.

If you're unsure of any aspect of your redesign, our expert bathroom fitters available throughout Bristol and South Gloucestershire can assist you. 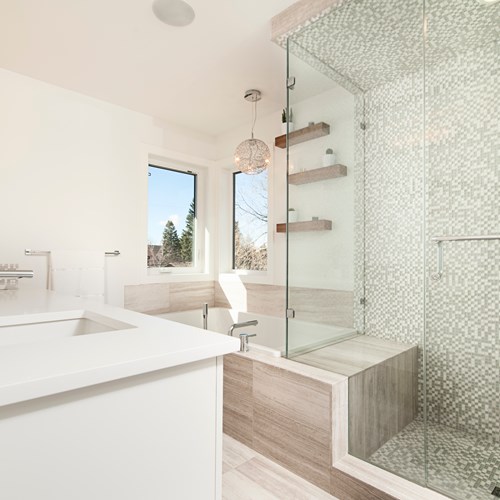 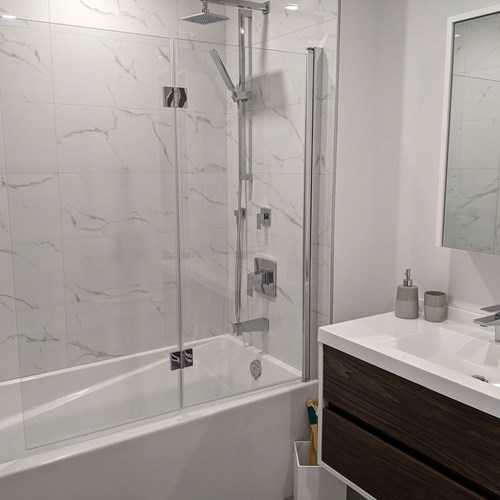 Another thing to consider when buying a new shower is its size. Will your new shower fit seamlessly into the space available?

If you have a smaller size bathroom then a shower over the bath combination or a compact shower enclosure may be a good option for you. If your bathroom is of a fair size then a walk-in shower or wet room is a good choice, especially if you have children or if people with limited mobility will be using the shower.

Before ordering your new shower make sure that your measurements are correct. Don’t be afraid to measure up a few times to be sure.

If you’ve already been out shopping for a new shower then you’ll know that there are so many different types. But what are the differences between them all?

Electric showers are designed for homes with a cold main system with low water pressure.  The main benefit of an electric shower is that the water comes out hot immediately and stays at the same temperature throughout.

Mixer showers take the hot and cold water supply and mix them together to bring it up to the temperature you want it to be. Mixer showers are good for homes that have a good supply of hot water and the benefit of a mixer is that it generally gives a better boost than an electric shower.

Like a mixer shower, a power shower takes the hot and cold water and mixes it to the desired temperature. However, a power shower is a better option if your home has a gravity-led low water pressure system. If you have a water tank in your loft and a hot water tank in your airing cupboard then this is what you have. Power showers have a pump to boost the water pressure so it comes out with more force, so you’ll get an invigorating shower experience that you're unlikely to get from an electric shower.

Digital showers work in the same way as mixer showers (taking hot and cold water and mixing them together) but when you switch your shower on and set the desired temperature, a message is sent to its integrated thermostat either via wire or wirelessly. Some digital showers can be controlled using a smartphone using a Bluetooth connection. 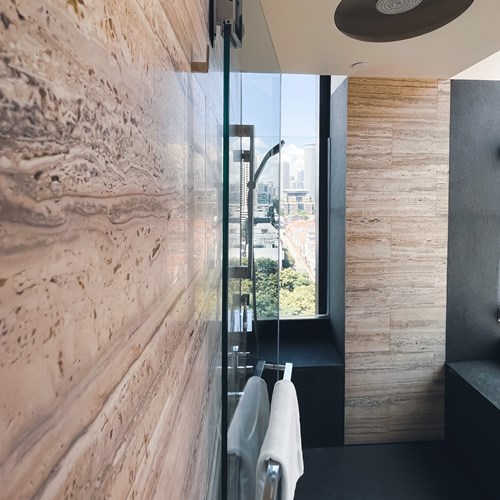 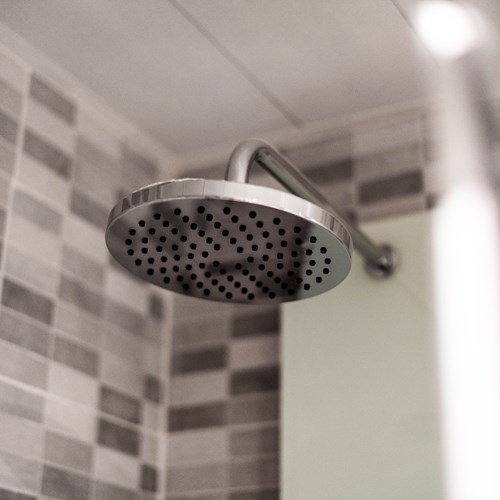 So now you know a little bit more about the different types of showers, you should consider what water pressure you have as this will determine the type of shower you can buy.

As already discussed, if you have low water pressure, then an electric shower is a good choice as they are designed to work with cold-water systems and low-pressure water.

For homes that have a constant supply of hot water and good water pressure, a mixer shower is a good option.

If you have a low-pressure gravity-led system then you're lucky as you can pretty much choose any type of shower.

Which type of valve? 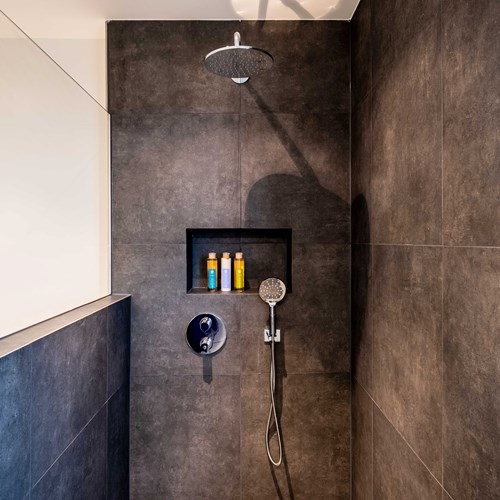 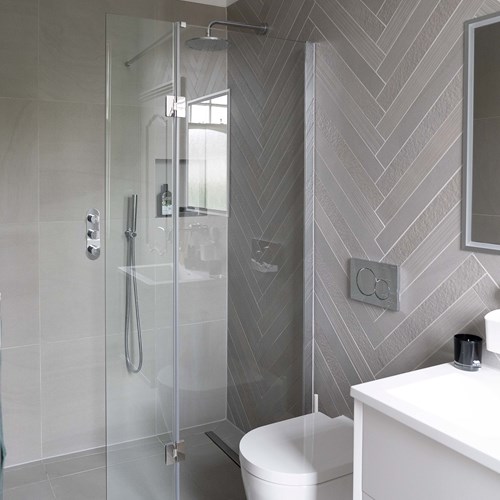 How much you want to spend

It's a good idea to determine the budget before you start shopping for showers. By considering what we've already talked about, you should have a better idea of what type of shower is best suited to your property and needs.

There is a wide variety of showers out there ranging from low-cost electric showers to high-end luxury power showers. If you're willing to spend a bit more then you'll end up with a better shower that should last a decent amount of time before needing to be replaced. But, if you're really watching your pennies, then you won't find it hard to source a shower that suits your budget and your needs. 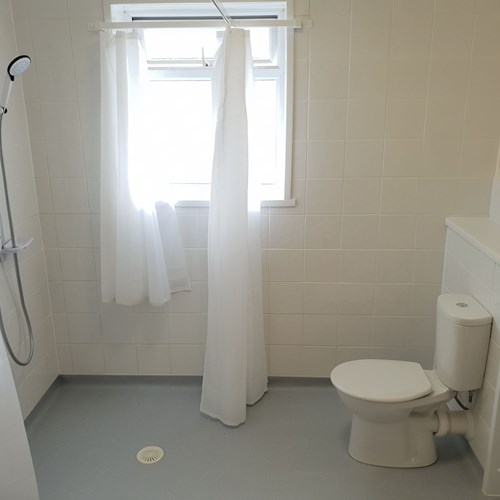 If you live with people who are elderly or have mobility issues, then you’ll have to consider their safety when using the shower.

A wet room or walk-in shower where the cubicle is completely open is a good option, because there are no doors, making it easy to get in and out of. There is also no shower tray which means there is no trip hazard. The flooring should be chosen carefully to ensure that it’s non-slip. There are many more options available when installing a shower for people with limited mobility including wheelchair-friendly access showers, grab rails, fold-down shower seats, plus many more. These options remove the hazards that people who are able to move about freely often don’t think about. Those people with less mobility or who are elderly will benefit as they can once again enjoy bathing safely.

Get in touch with us today for your free estimate. Our professional bathroom and kitchen fitters in Bristol and South Gloucestershire are ready to assist you.

We're looking forward to hearing from you!

Or, if you'd prefer, you can fill out the form in your own time with details of what you're looking for and we'll get back to you shortly with an estimate.

6 Great Lighting Ideas That Will Illuminate Your Kitchen

Proudly Serving Bristol and Clients Within a 30-Mile Radius